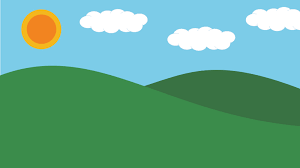 At the end of each academic year, for the past ten years, ECARDA has used the published national datasets to produce pictures of school achievement. The attached selection shows the achievement of schools in parts of Lincolnshire, the Humber sub-region and Doncaster at the end of Key Stage 2. The horizontal axis refers to “attainment” and, since 2016, uses the published figure of the proportion of pupils attaining at least the expected standard in all three of Reading Writing and Mathematics. The vertical axis refers to “progress” and, since 2016, uses the sum of the progress measures in each of Reading, Writing and Mathematics. The labels in each of the chart quadrants are no more than indicators: Higher-than-average attainment with higher-than-average progress is indicated as accomplishing; Lower-than-average-attainment with higher-than-average progress is indicated as striving; Lower-than-average-progress with higher-than-average attainment is indicated as cruising; Lower-than-average attainment with lower-than-average progress is indicated as struggling. Clearly, those clustered around the centre are close the to the national average. Discounting those clustered around the centre/average, the proportion of schools or pupils which fall into each of these categories makes for an interesting comparison across local authority areas. See the ECARDA website for a presentation of this type of analysis in 2016. The final picture shows the achievement landscape of all local authorities across the country with outliers and regional local authorities labelled. If any reader would like a bespoke local authority area achievement landscape picture, then get in touch. The Key Stage 4 pictures, based on the provisional national data, are already published on this site.